LEAP partnered with Richmond energy law firm ReisingerGooch PLC to develop an educational report that explains how a new Virginia law has significantly expanded the rights of homeowners who are a part of Homeowners’ Associations (HOAs) to install and use solar energy. The report provides homeowners and HOAs with helpful guidance on Virginia’s solar laws as they evaluate new residential rooftop solar installations.

During the 2020 General Assembly session, the legislature passed SB 504, which provides that HOAs may impose only so-called “reasonable restrictions” on the installation of rooftop solar. The legislation states that restrictions are unreasonable if they increase the cost of a project by 5 percent or decrease the project’s energy generation by 10 percent. But homeowners and their HOAs have often had differing understandings of what “reasonable restrictions” means. Most prominently, several HOAs prohibited residents from installing solar panels on the street-sides of homes, resulting in the projects not being financially viable in situations where the homes were southern-facing.

All Solarize participants encountering difficulties with their HOA will receive free legal guidance from ReisingerGooch. 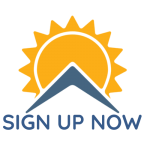